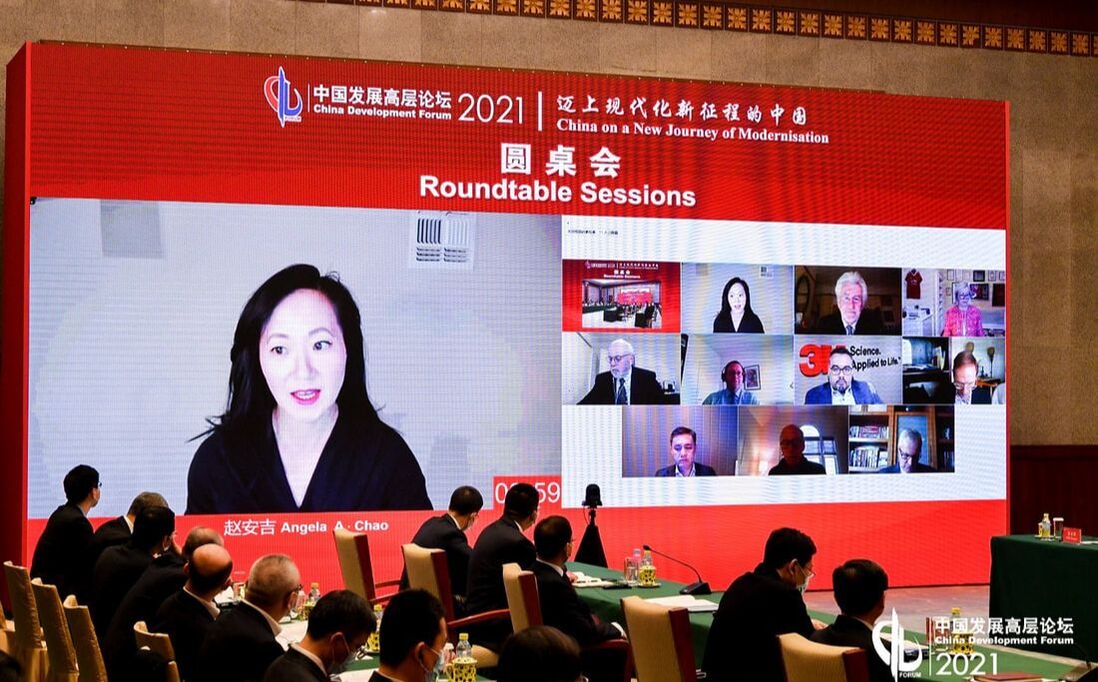 The event was held both in person and online at the Diaoyutai State Guesthouse in Beijing. The theme of this year’s forum was "China on a New Journey of Modernization," focusing on the country's new Five Year Plan, China-U.S. relations, global public health, and technological innovation. The conference also celebrated China's major strategic successes in the campaign against global poverty, which faced particular challenges in 2020 due to the COVID-19 pandemic.

Speaking at Panels on SOEs and Vocational Education

Angela Chao was invited to speak on two panels, the first being a roundtable discussion concerning the reform and development of State-Owned Enterprises (SOE). The discussion, which focused on State-owned Assets Supervision and Administration Commission (SASAC) vision for the future, was led by Yu Bin, the Chairman of the Development Research Center of the State Council, and Weng Jieming, the Vice Chairman of the SASAC.

Angela's second speech was given at the vocational education panel, which was led by China Development Research Foundation’s Secretary General, Fang Jin. Angela highlighted the importance of what vocational education and training can do for the industry, community, and society at large. She urged both educational institutions and businesses to work side-by-side to improve career development prospects and to adapt to digitization, for the betterment of society as a whole.

About the China Development Forum